Example of a Quad Pair 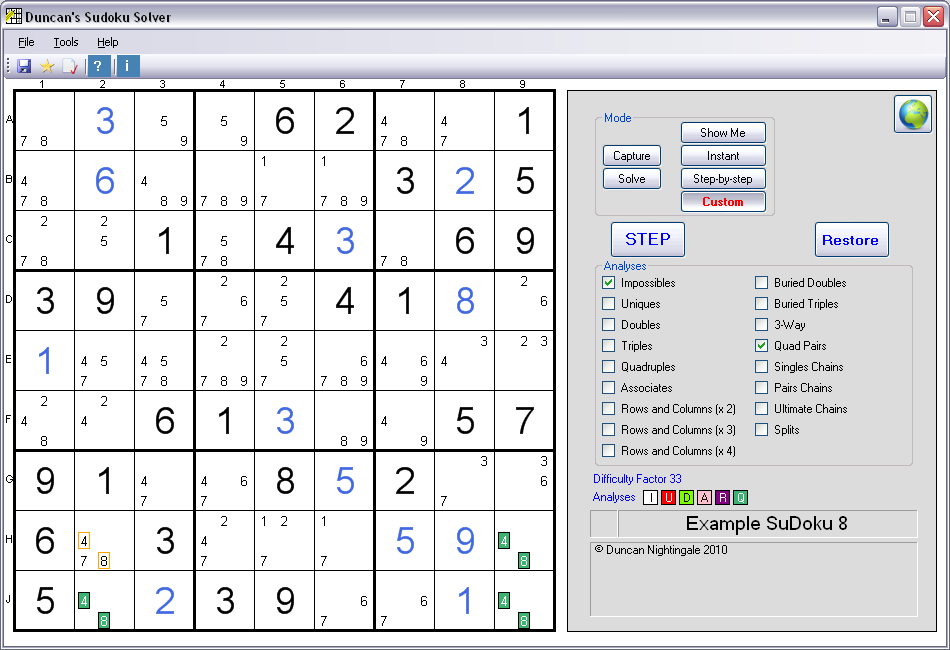 This is a version 8.4 screenshot

Four Squares each containing a Pair arranged in a rectangle so that they share two Rows , two Columns and two Boxes .

In this example the four Pairs (coloured sea green) are on H9, J2, J9 and (possibly) H2. If H2 were to contain the same Pair (4 and 8), then the SuDoku would not have a unique solution.

For this logic to work, the four Squares must share only two Columns, two Rows and two Boxes. If they shared four Boxes (for example if the four Squares were F2, F9, J2 and J9), then the logic would not be the same - because eliminations in the rest of the SuDoku would be different depending on which Boxes the 4s and 8s were in - so the 4s and 8s would not be interchangeable.


2nd Example of a Quad Pair 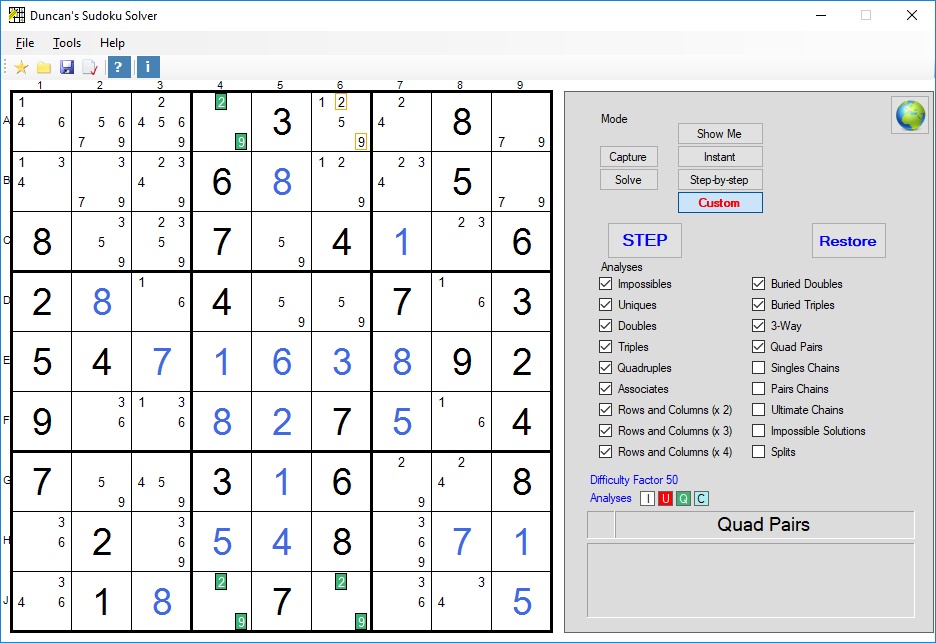 This is a version 10.1 screenshot

In this 2nd example there is more than one 'extra' possible in the target Square (A6), but the logic is still the same and 2 and 9 can be removed from A6.

This variant (more than one extra possible) requires version 10.1 or later.