Picture SuDokus are puzzles with a hidden picture that gets revealed as you solve the SuDoku.

Just like puzzle books that you might buy in a bookshop or newsagent, they contain a range of SuDokus of varying difficulty levels in a 'book' format with one puzzle - and one hidden picture - per 'page'.

The puzzle book will retain the latest state of any puzzles that you have started - including the picture revealed so far.

And because it is 'virtual', you can reset a puzzle to the start position without lots of rubbing out!

If you just can't kick the pencil and paper habit, no problem: you can print off a single page, or the whole puzzle book, in true WYSIWYG fashion.

The first Picture SuDoku book is 'World Cup SuDoku' which contains a SuDoku puzzle and a hidden picture for each of the 32 teams that qualified for the 2010 World Cup.

'World Cup SuDoku' and additional Picture SuDoku books of 32 SuDokus each may be purchased here.

The monthly Picture SuDoku can be downloaded for free here. 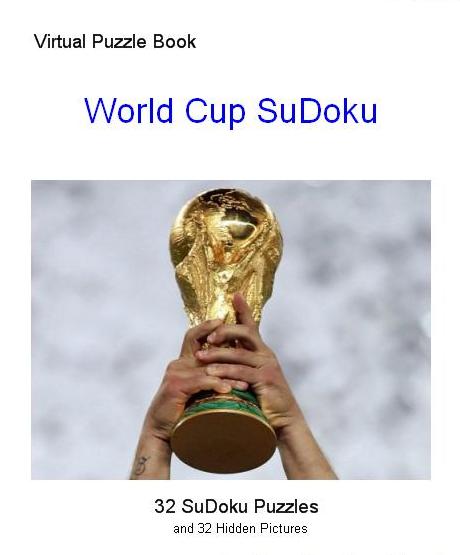 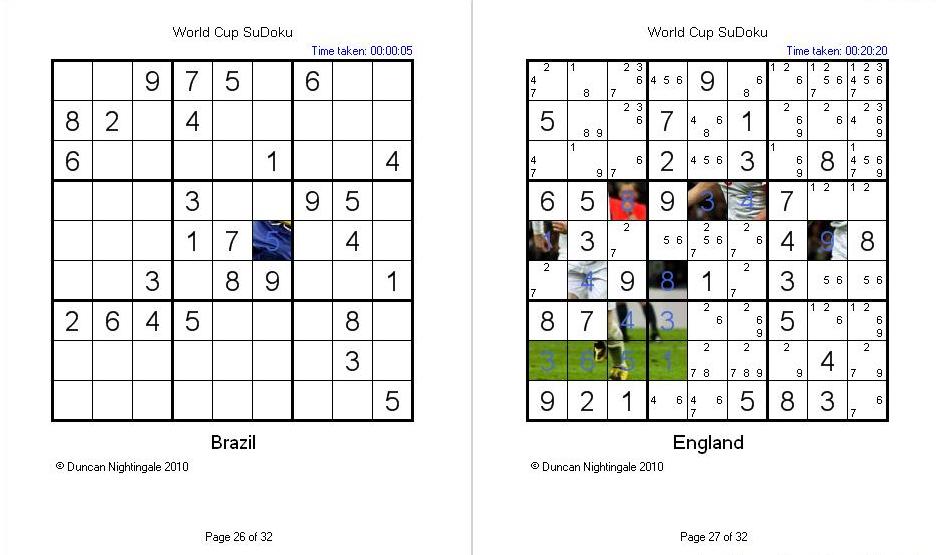 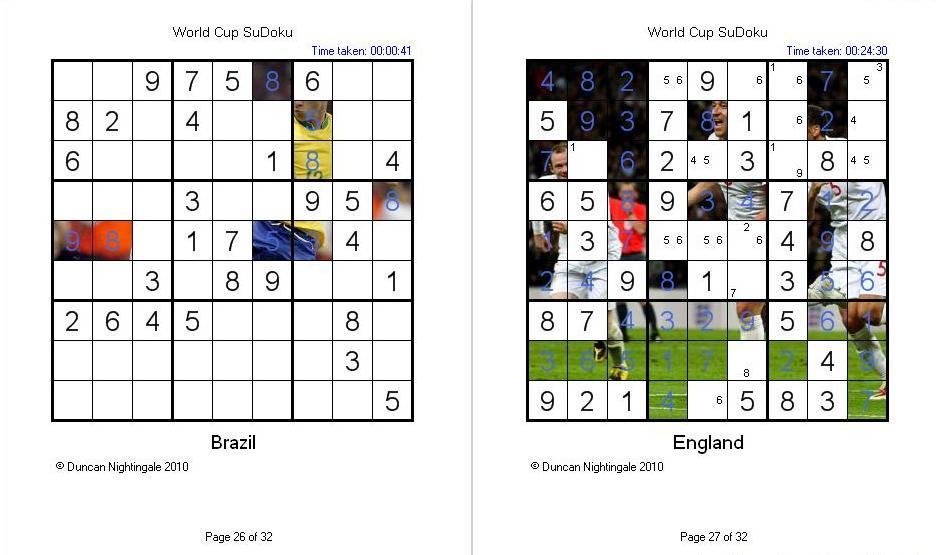 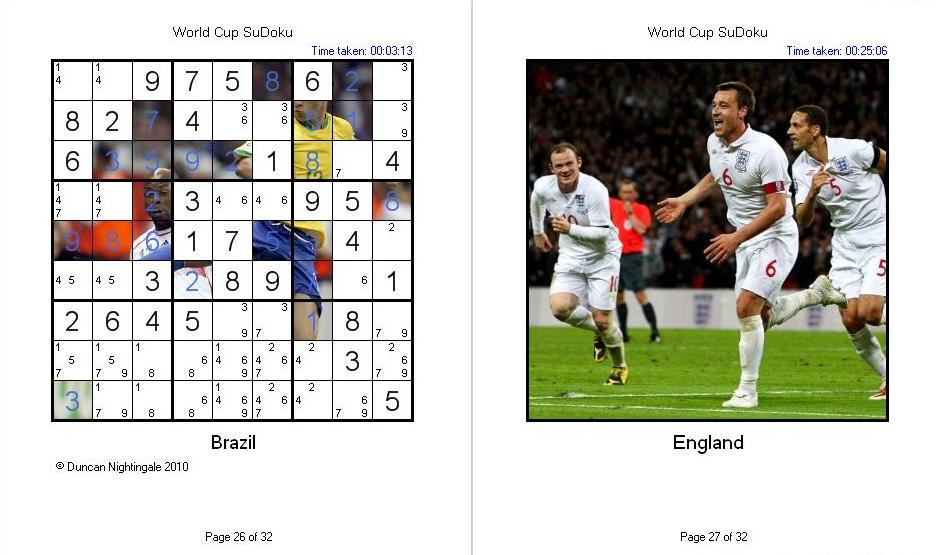